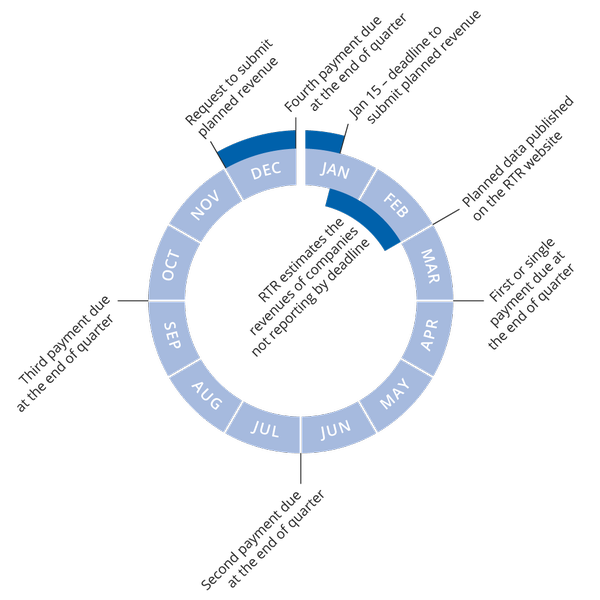 Mid-December: query of planned revenue data
All companies obliged to contribute are requested in writing to disclose the amount of revenue planned for the following year. It is required to report the amount of planned revenue by no later than mid-January.
Late February: planned revenue in the particular industry
Once the planned revenues have been reported, estimates of the expenditure for the particular industry and of the planned revenue in that industry are published on the RTR website. If any company obliged to contribute fails to report planned revenue, RTR makes an estimate.
Mid-March: first or only payment order
The financial contribution is to be paid in four instalments. Where the total annual financial contribution is less than EUR 1,000, a single payment order is issued in the first quarter to simplify administration. In that case RTR credits the company with the interest accrued through early payment.
The first or only payment is due by the end of March.
Mid-June to mid-December: second, third and fourth payment orders
The second, third and fourth payments are due at the end of each quarter. 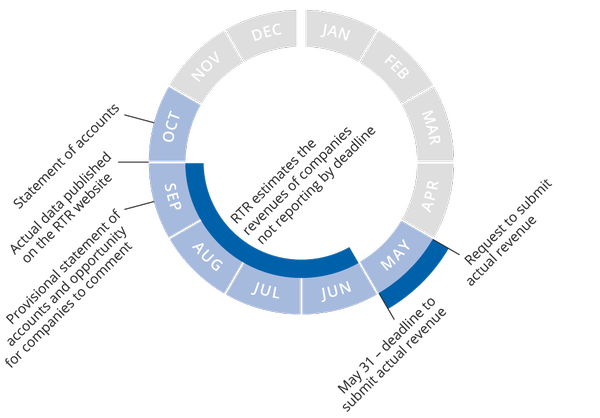 If you require additional details, please write to us at finanzierungsbeitrag@rtr.at